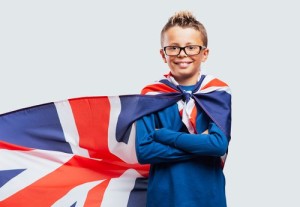 WHO QUALIFIES FOR REGISTRATION?

Children must be under 18 years old when the application is made. Once they reach the age of 18 they must apply for British citizenship as adults, either by registration where they have an entitlement, or by naturalisation. The date of application is the date it is received by the Home Office or the receiving authority;

British citizenship otherwise than by descent

To be settled, the parent(s) must be free from immigration conditions. Children born in the UK to the following will not automatically become British citizens

British citizenship may descend to one generation born abroad. So a child born abroad to a parent who is British otherwise than by descent will automatically be British by descent

Children born to parents who are British by descent have no automatic claim to British citizenship. Applications may be made through entitlement under section 3 (2) or section 3 (5) if children satisfy the requirements for registration. Or they may apply at the Home Secretary’s discretion under section 3 (1) if there are compelling or exceptional reasons for registering a child as British. The exception to this broad rule is where a child is born abroad to one or more parents who are in Crown service or service designated for this purpose or Community institution service. In this case, the child will be a British citizen otherwise than by descent. To qualify, the parent must have been recruited in the UK and have been sent to serve abroad. Designated service is agreed by Parliament