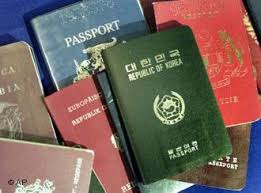 The UK Border Agency has been making the Immigration Rules tighter and introducing tougher criteria’s for most of the UK visa categories. Due to the tighter rules and new changes many applicants are not able to meet the visa criteria leading to their visa being refused and putting their case in jeopardy. However, in has been noted that a significant number of applicants face the refusal due to fault/error or omission of the Entry Clearance Officer or The Secretary of State who are unable to consider the documents provided or on the Balance of Probabilities. We encourage our clients to always appeal against their decisions being refused on the balance of probabilities as the applicant has high chances in order to prove that the probabilities have been assessed wrongly and judges do appreciate the circumstances explained to them on the basis of evidence.

If you have been refused a visa in the UK for a Spouse/Marriage Visa or any other visa category our team will need to assess your circumstances and we need a copy of the refusal letter before we start advising you with an option to either make a new application or an Appeal against the decision. Please note that if a new application is submitted to the ECO or the Secretary of state you will have to declare your first refusal or any subsequent refusals in all other applications and at times it can be treated as having a negative effect on your application.

Who gets refused the most and time frames to appeal

A high refusal rate has been seen on UK spouse visas, UK student visas (Tier 4 visa), UK Family Visitor Visa Tier 1 and Tier 2 Dependent Visas and Elderly and Child Dependent visa. Mostly these cases go to the court due to the complex circumstances and evidences not being explained at the time of application process.  Having your visa refused does not mean that you will never succeed in your application.

Benefits of an UK Immigration Appeal:

It is very important that the appeals our lodged in time to the AIT, the time limits differ according to the circumstances:

Our of Country Refusal – 28 Days

Appeal to Upper Tribunal – 5 days after refusal from FTT

Imperial Visas is regulated at highest level of OISC Level 3 and we can make:

instructing a barrister or advocate for advice and to advise on drafting appropriate grounds of appeal and submitting appeals to Tribunal and also instruct them to appear in the court if needed.

Appeals Under Article 8 of ECHR: Right of Private & Family life

The European Convention on Human Rights deals with a number of basic rights that are guaranteed to every individual irrespective of their religion, race, nationality or membership of a particular social group, who resides within the boundaries of the countries belonging to the Council of Europe

The lists of fundamental human rights are enshrined in separate Articles of section 1 while other sections deal with the establishment of European Court of Human Rights and miscellaneous provisions.

Article 8 deals with the right of private and family life of every person living within the premises of Europe and is more relevant in relation to the Immigration decisions taken by the public authorities of the member states.

A.    What does Article 8 of the European Convention on Human Rights state?

1.    Everyone has the right to respect for his private and family life, his home and his correspondence.

2.    There shall be no interference by a public authority with the exercise of this right except such as is in accordance with the law and is necessary in a democratic society in the interests of national security, public safety or the economic wellbeing of the country, for the prevention of disorder or crime, for the protection of health or morals, or for the protection of the rights and freedoms of others.

B.    Who can claim right to live / remain in a member state on the basis of establishment of right of private & family life?

Any person, who has established his private and family life successfully in the UK and can provide evidence to that effect, can claim right to remain in the UK. The person can be:

4.    Anyone having no claim under the Immigration rules or EEA regulations to live and remain here in the UK.

C.    Criteria for assessing a valid claim under Article 8

A family life can be established in the following relationships:

Unmarried and Same sex Partners (there is no requirement for them to have at least 2 years of relationship as they are required to do so to qualify under the Immigration rules).

The Home office normally uses a five-step criteria in order to assess whether the applicant has established his Private or family life in the UK.

If the applicant can address the above-mentioned issues separately by providing directly or indirectly relevant documentary evidences in his support and that makes his case “truly exceptional”, only then he may be granted leave to remain in the UK.

Has the applicant established family or private life in the UK

If there is interference with family life, is it in accordance with the law

Is the interference proportionate to the permissible aim

There are some factors that may be taken into account in assessing “truly exceptional” circumstances of an          individual.

Some of them are:

Applicant`s ties with his country of origin

Family members` ties with the UK

Are there any health or other welfare issues involved?

Availability of entry clearance facilities in the country of origin

Has there been a delay in determining an earlier immigration application?

Would there be any effects on the family living in the UK of the removal of the applicant?

Are there any minor children in the relationship?

Is there any dependency involved in the relationship?

Applicant`s and his family members` countries of nationality & immigration status.

The list is not exhaustive and some other factors that may be considered as relevant in some cases can be totally irrelevant in cases. The threshold is however very high and difficult to achieve unless there are genuinely “truly and exceptional” circumstances existing.

The House of Lords has set an example of such cases in a starred case it was held that:

“In order to rely upon a foreign breach of ECHR articles other than Article 3, a claimant would have to show that he would risk suffering a “flagrant denial or gross violation” of such rights in the receiving state”.

On the face of it, Article 8 may appear to be another reason to stay in the UK on the basis of establishment of private and family life in the UK, but in fact it is only in “truly and exceptional” cases that applicants are permitted to remain in the country.

The current stage in 2014 the following are demed authorituies of cases:

The maintenance requirements of E-LTRP.3.1-3.2 stand, although Blake J in R (on the application of MM)  v Secretary of State for the Home Department said that they could constitute an unjustified and disproportionate interference with the ability of spouses to live together; he suggested that an appropriate figure may be around £13,400, and highlighted the position of young people and low wage earners caught by the higher figure in the rules;

(b)    after applying the requirements of the Rules, only if there may be arguably good grounds for granting leave to remain outside them is it necessary for Article 8 purposes to go on to consider whether there are compelling circumstances not sufficiently recognised under them: R (on the application of) Nagre v Secretary of State for the Home Department;

(c)    the term “insurmountable obstacles” in provisions such as Section EX.1 are not obstacles which are impossible to surmount: MF (Article 8 – new rules) Nigeria ; Izuazu (Article 8 – new rules) ; they concern the practical possibilities of relocation. In the absence of such insurmountable obstacles, it is necessary to show other non-standard and particular features demonstrating that removal will be unjustifiably harsh: Nagre.

The Secretary of State addressed the Article 8 family aspects of the respondent’s position through the Rules, in particular EX1, and the private life aspects through paragraph 276ADE. The judge should have done likewise, also paying attention to the Guidance. Thus the judge should have considered the Secretary of State’s conclusion under EX.1 that there were no insurmountable obstacles preventing the continuation of the family life outside the UK. Only if there were arguably good grounds for granting leave to remain outside the rules was it necessary for him for Article 8 purposes to go on to consider whether there were compelling circumstances not sufficiently recognised under the Rules.