EEA Brexit. What Does This Mean for EEA Nationals? 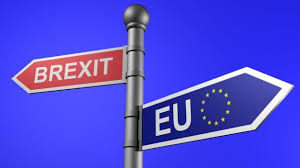 Brexit has thrown up many questions, namely what will happen to EU nationals living here in the UK. Currently, that’s about 2.8m people according to the government white paper that came out this month, or 4.3 per cent of the UK.

The white paper does not say much on what will happen in the future. What’s for certain is that until Article 50 is triggered, EU citizens retain their right to stay.

Earlier this month, MPs tabled numerous amendments for the Brexit bill – all of which were defeated. That includes the amendment to force government to give all EU citizens living in the UK permanent residence, which was defeated 332-290. Three Conservative MPs voted in favour of the amendment – Ken Clarke (MP for Rushcliffe) who has been outspoken about voting against Brexit, Tania Mathais (MP for Twickenham) and Andrew Tyrie (MP for Chichester). Opposition parties will have another go at passing the amendment in the House of Lords.

Until the government writes a new immigration law based on negotiations with member states, it’s hard to say what will happen next and the future of 2.8m people looks uncertain. This is what we know so far.

Do you not yet qualify for permanent residency? Call us on 0203 627 4777 to get advice on securing your stay in the UK through residence permit as a qualified person.