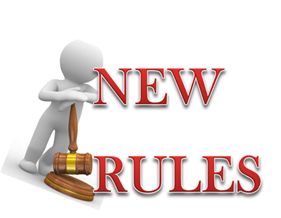 The 28 day grace period has been abolished

The 28 day rule previously allowed an individual to make an application for further leave to remain in the UK up to 28 days after their visa had expired which will be abolished from 24 November 2016. Instead, if someone applies after their visa has expired (known as ‘out of time’), the application will be refused on that basis alone, unless the individual applies within 14 days and has very good reason for overstaying their visa and applying out of time. We expect this to be a very high threshold and employers should therefore be proactive in contacting employees to ensure that visa renewals are submitted in good time.

There is however a 14 day grace period when the individual had applied in time but their original application was refused and they are making a fresh application.

Changes will come into effect for all Certificates of Sponsorship (CoS) assigned by Tier 2 Sponsors on or after 24 November 2016.

The changes will include the following points.

On 6 November, the UKVI introduced a new priority service for Tier 2 Sponsors. For a fee of £200, the new priority service will process requests and applications in five working days. The service allows Tier 2 and 5 A-rated sponsors to apply for a faster consideration of four types of change of circumstances request.

New immigration regulations for EEA nationals in the UK

The regulation, which comes into force on 1 February 2017 generally formalises the existing practice, but includes:

Whilst some of the changes appear to be a breach of EU law, it may be that the Government is relying on the fact that we will have left the EU before the ECJ gets around to hearing any challenge to the new regulations.

From 21 November 2016 public authorities will be subject to a new ‘fluency duty’ to ensure that their public facing workers speak fluent English (or in Wales, Welsh). The duty applies to all bodies which carry out functions of a public nature.

From 1 December 2016, a new ‘remove first, appeal later’ provision will come into force. This will allow the Home Secretary to certify human rights claims not involving asylum or protection issues, to force the individual to leave the UK before their appeal is heard.

From 1 December 2016 it will be a criminal offence for a landlord or their agent to allow their rented accommodation to be occupied by an adult who they know, or have reason to believe is disqualified from renting because they do not have the right to be in the UK. This makes it even more important for landlords to carry out checks before renting their property. A defence is available if the landlord can show they took reasonable steps to end the tenancy within a reasonable time after realising that the tenant does not have the right to rent. New powers of eviction are also being introduced.

HMRC is consulting on draft regulations, under which an employer subject to a civil penalty for employing an illegal worker will be excluded from claiming the usual NICs employment allowance. This would apply for the full tax year, following the year in which the penalty has been imposed and appeal rights exhausted. The consultation closes on 3 January 2017.

The High Court has held that the Government does not have a prerogative power to exercise Article 50 and that it is a matter for Parliament. The case has been escalated and will be heard by in the Supreme Court on 5 December 2016. All 11 Law Lords will sit to hear this unprecedented case. We do not expect to have their judgment until the New Year. Teresa May remains adamant that this will not affect her proposed timetable for Brexit.

If any of the above changes affect you in any way please contact our team on 0203 627 4777 and one of our advisers will be able to assist you.